Warning: "continue" targeting switch is equivalent to "break". Did you mean to use "continue 2"? in /nfs/c02/h02/mnt/26558/domains/theartofwarinitiative.org/html/wp-content/themes/jupiter/framework/includes/minify/src/Minifier.php on line 227
 Gallery curators discuss Art of War Initiative on local public radio - The Art of War Initiative
October 17, 2017

Assistant Gallery Director Meghan Dohogne and Poppy Di Candeloro, an independent curator and researcher, both with the Todd Weiner Gallery in Kansas City, conducted an interview on local public radio station KCUR (FM 89.3) on Oct. 12, about the “Art of War Initiative.”

The Todd Weiner Gallery with owner Todd Wiener and his curators Dohogne and Di Candeloro, have been key drivers in the CGSC Foundation’s “Art of War Initiative,” an effort to preserve and promote the art and gift collection at the U.S. Army Command and General Staff College. 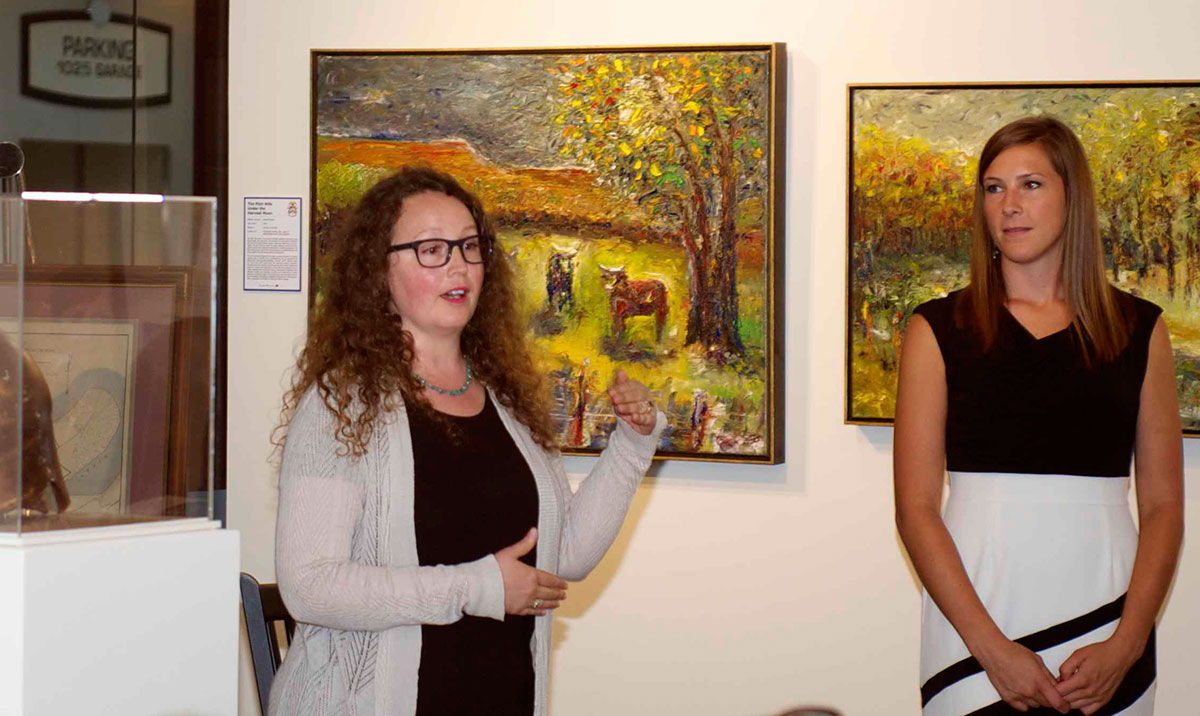 Poppy Di Candeloro, left, and Meghan Dohogne, curators with the Todd Weiner Gallery in KC, discuss the art in the Art of War exhibit conducted in June 2017.

Dohogne and Di Candeloro talk about their discovery of Fort Leavenworth during a short visit and how they became part of the Art of War Initiative with the Foundation and their plans for the future of the initiative.

Listen to the interview on the KCUR website (their interview starts at 16:55 in the recording).