Warning: "continue" targeting switch is equivalent to "break". Did you mean to use "continue 2"? in /nfs/c02/h02/mnt/26558/domains/theartofwarinitiative.org/html/wp-content/themes/jupiter/framework/includes/minify/src/Minifier.php on line 227
 Box Gallery hosts leadership panel discussion - The Art of War Initiative
June 27, 2017 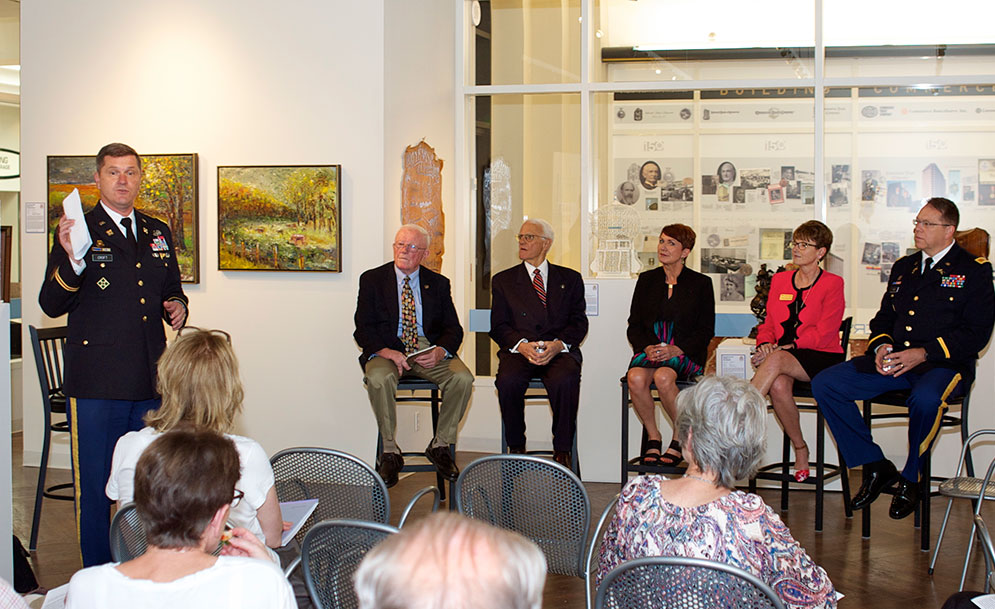 As part of the “Art of War: Gifts of Peace” art exhibit at The Box Gallery (1000 Walnut St., KCMO), the gallery hosted a leadership discussion panel on June 22. Attendance was free and open to the public.

Skip Palmer – CEO, Blackhorse Worldwide and a Trustee of the CGSC Foundation

The discussion ranged from topics such as mentorship to what good leadership really looks like. Attendees had the opportunity to ask questions during the discussion.

At the conclusion of the panel discussion, Col. Croft thanked the panel members and Todd Weiner Gallery representatives Meghan Dohogne, assistant gallery director, and Poppy Di Candeloro, an independent curator and researcher with the gallery, provided the gallery members with gift bags and spoke about the collection of items on display from the CGSC art and gift collection.

The panel discussion and the exhibit at the Box Gallery are part of the CGSC Foundation’s “Art of War Initiative.” See the About pages for more information about the initiative.

For more photos visit the CGSC Foundation album on Flickr 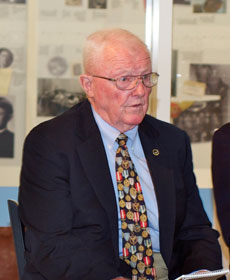 Brigadier General (Retired) Stan Cherrie was commissioned a second lieutenant of Armor in 1964 from Rutgers University. After basic and airborne training he was assigned to the 1st Squadron, 10th U.S. Cavalry at Ft Lewis, Washington, as a platoon leader in Alpha troop. After graduating from helicopter flight training he was assigned to the 191st Assault Helicopter Company and flew Huey Gunships in Vietnam in 1967-68. On his second combat tour, he commanded H Troop, 17th Armored Cavalry again in Vietnam in the American Division in 1971. As a lieutenant he commanded 3rd Reconnaissance Squadron, 11th Armored Cavalry in Bad Hersfeld, Germany from 1981-1984.

He was promoted to his present flag rank in March of 1993 and served as the G-3 of the Allied Command Europe Rapid Reaction Corps in Rheindahlen Germany and then later as the assistant division commander (maneuver) (ADC-M) for the 1st Armored Division in Baumholder, Germany and Tuzla, Bosnia-Herzogovina as the ADC-M of Task Force Eagle in 1995 -96.

Skip Palmer – CEO, Blackhorse Worldwide and a Trustee of the CGSC Foundation 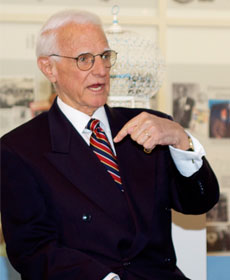 After leaving the Army, he joined the Walt Disney Company prior to the opening of Walt Disney World in Florida. He served as Manager of Tomorrowland, Project Manager of Disney’s third property, the Golf Resort Hotel (now Shades of Green) and subsequently, the opening General Manager. He was transferred to Anaheim and served as Director (Operations) at Disneyland in Anaheim, California. 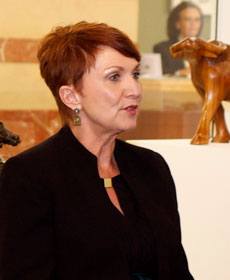 Lidia is a Licensed Specialist of Clinical Social Work (psychotherapist) with more than 20 years’ executive coaching experience. As a clinically trained holistic professional, Lidia has a track record of significantly and consistently increasing individual performance as well as improving team cohesiveness and effectiveness. She is a seasoned facilitator and has worked with hundreds of high-level leaders, CEO’s, presidents, VP’s, directors and their management teams as well as boards of directors. She has extensive experience in root cause problem-solving, conflict resolution and management team development.

Lidia is a Daring Way™ Certified Facilitator (based on the research of Dr. Brene Brown). Dr. Brown’s work focuses upon authenticity, courage and wholeheartedness as an opportunity in life and work to gain life satisfaction and true success.

Lidia says her commitment to helping people is a direct result of her own unique journey. “As the daughter of Ukrainian immigrants, I was literally born on the way to a new country,” she says. “An unusual childhood gave me a keen sensitivity to the immense importance of culture, especially the transitions and stresses that happen to all people.”

Karen Grekstas has more 25 years of experience in the financial services industry spanning commercial product development, sales, customer experience, operations and risk management. As Executive Vice President and Director of Commercial Products and Operations at Commerce Bank, Karen oversees all areas of commercial banking service delivery, from commercial loan operations to treasury services sales and payment product development and management. She combines strategic vision, collaborative problem solving and compassionate leadership to guide the bank through times of transformation and innovation. With creativity and discipline both, Karen drives impact for customers, partners and the bank itself.

Throughout her career Karen has led the creation of new programs and improved existing initiatives at crucial times. She has responded to challenging financial markets and the need for faster payments by leading cross-functional teams to adopt new technologies for the bank, while also developing effective risk management processes. Across the areas she oversees, Karen continues to improve technology, operations and profit through innovative solutions. Concerns of security, interoperability and customer engagement shape Karen’s long-term vision, as well as her commitment to learning and embracing change. 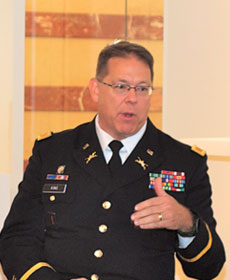 Col. King is a graduate of the U.S. Army War College, the Command and General Staff College, and Louisiana Tech University where he received a Masters in Business Administration. He also served as President of the Fort Knox Community Schools School Board from 2008-2010 and was a 2011-2012 Fellow with the Pennsylvania Education Policy Fellowship Program. 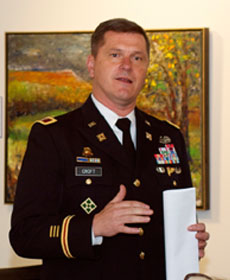 Colonel Christopher D. Croft, Sr. was commissioned in the Transportation Corps upon graduation from the University of Central Florida in 1987.