SEAN is short for the “Association of Southeastern Asian Nations,” a regional organization dedicated to the wealth and prosperity of countries surrounding the South China Sea. Formed in 1967, the founding member states included: Indonesia, Malaysia, the Philippines, Singapore, and Thailand. The organization’s membership has since expanded to also include Brunei, Cambodia, Laos, Myanmar, and Vietnam.

The object depicted here was donated to the CGSC in 1979. The shape of the sculpture is reminiscent of a ship. Stylistically the ship resembles a junk, representative of the type of sailing ship that has been indigenous to the region for multiple centuries. The upward direction of the ship’s sails and highly reflective surface of the ship suggest the differences in heritage, tradition, and history between the nation members, while also suggesting that these nations are connected through common goals. The plastic sculpture rests atop a wooden, hexagonal base emblazoned with brass colored plaques featuring engravings that list the names of the officers who gifted the sculpture and their respective countries. The pentagonal shaped base represents the five member countries of ASEAN hold equal rights and responsibilities. 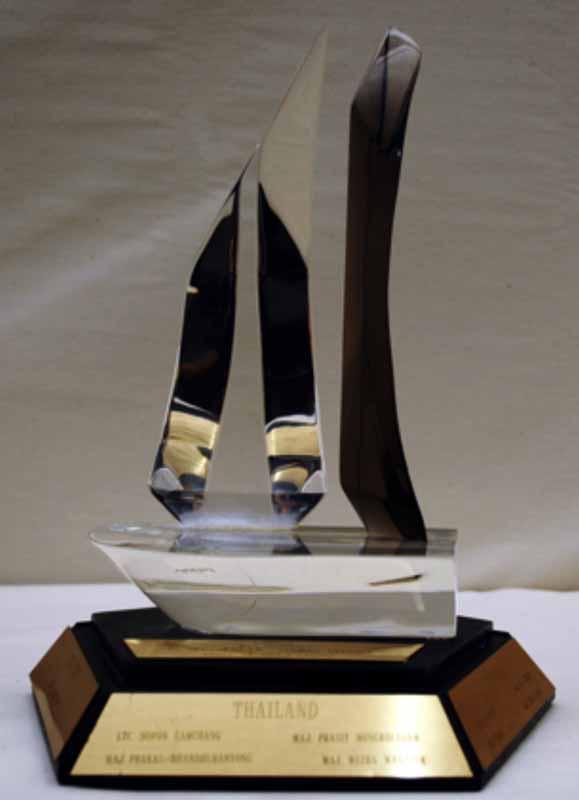