arabao are a type of domestic water buffalo native to the Philippines. Originally brought to the islands by Malay immigrants centuries ago. The carabao are considered to be the Phillipines’ national animal due to its historical significance of being a draught animal. The carabao also provides a source of meat, milk, and its hide.

The finely crafted hand-carved carabao depicted here was gifted in 1983. Common wood species in the Philippines are mahogany, ash, and acacia. Although the type of wood is unknown, the acacia tree grows easily in the Philippines alongside roads and rice fields. The wood from the acacia tree is used primarily for making bowls and gift items. The dark striations that adorn the carabao’s wooden body also suggest that the sculpture is made of acacia. A common feature to the carabao are the sickle-shaped horns that curve backwards toward the neck. The artisan of this sculpture has depicted this significant creature true to its nature. 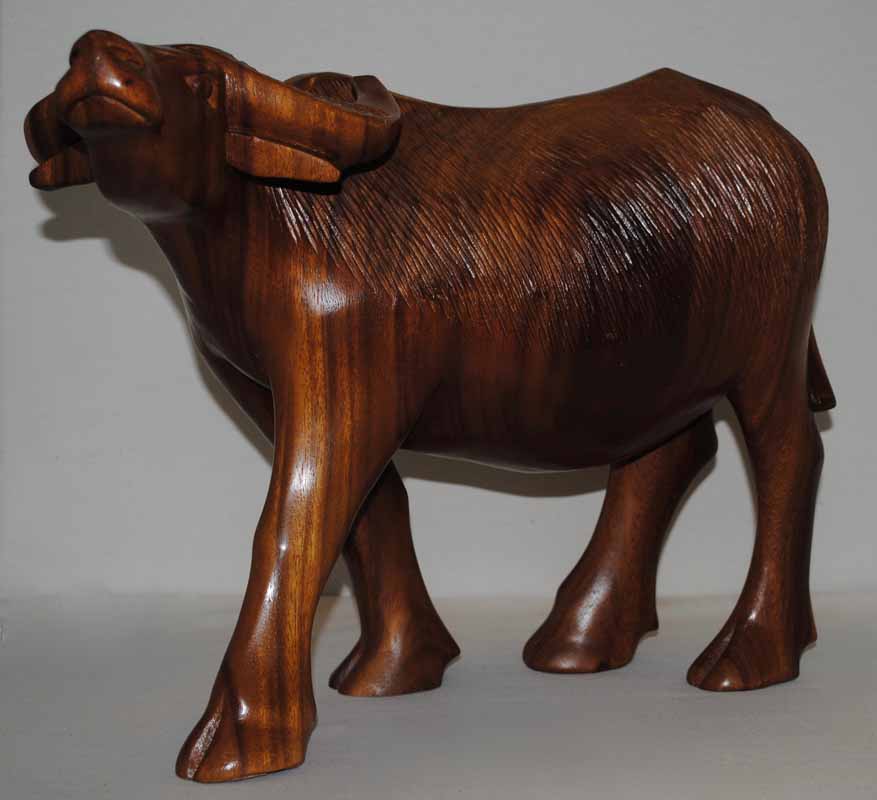