n 1976, Tunisia gifted this decorative birdcage. Historically, elaborate cages and birdcages grew in popularity during the medieval era in Western Europe in part due to a growing interest in exotic animals. The desire to have beautiful birds that could “talk” became a trend during the fourteenth and fifteenth centuries among wealthy citizens. The most prized bird imported was the popinjay (parrot). The cages that housed the birds became increasingly more extravagant in design varying in size, type, and shape. Such cages were no longer for the transportation and housing of exotic birds, but also used as decor for the home or castle.

The birdcage displayed is from the town of Sidi Bou Said and is a handcrafted wood and metal birdcage painted in light blue and cream. The shape and color of this birdcage is influenced by the coloring of the wrought iron windows and houses that adorn the town. Birdcages similar to the one depicted here are a frequently produced decorative object in Sidi Bou Said. The base of the birdcage is made of carved wood with an elaborately constructed wire top adorned with light blue wire securing the joints. The same design continues along the bottom to create a unified and intricate pattern. 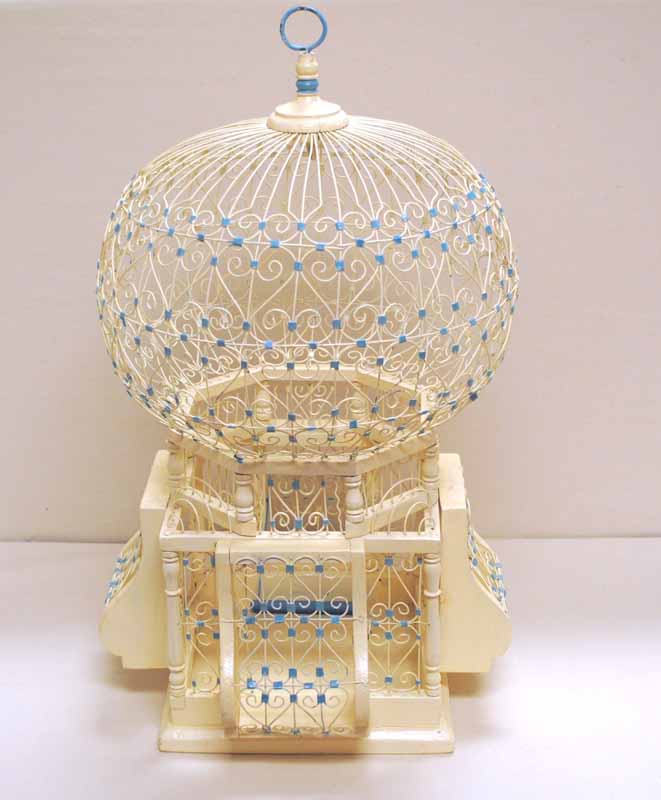