onsidered an unofficial national emblem of France, the Gallic Rooster, of the Latin gallus meaning coq, or rooster, was presented as a gift in 1945 by Major General Frederick De La Chapelle. The French consider the Gallic rooster as an unofficial symbol they identify with the cockerel for its courage, determination and virility.

Traditionally, the French Gallic rooster emblem adorned the French flag during the French Revolution. After the revolution, the rooster was made a symbol of the seal of the Republic. The Gallic rooster was later placed on a more widespread level, the French 20 franc gold coins and French stamps. This gift by Major General Frederick De La Chapelle, a statue of the national emblem for France, was meant to represent France’s history, symbolism and tradition. 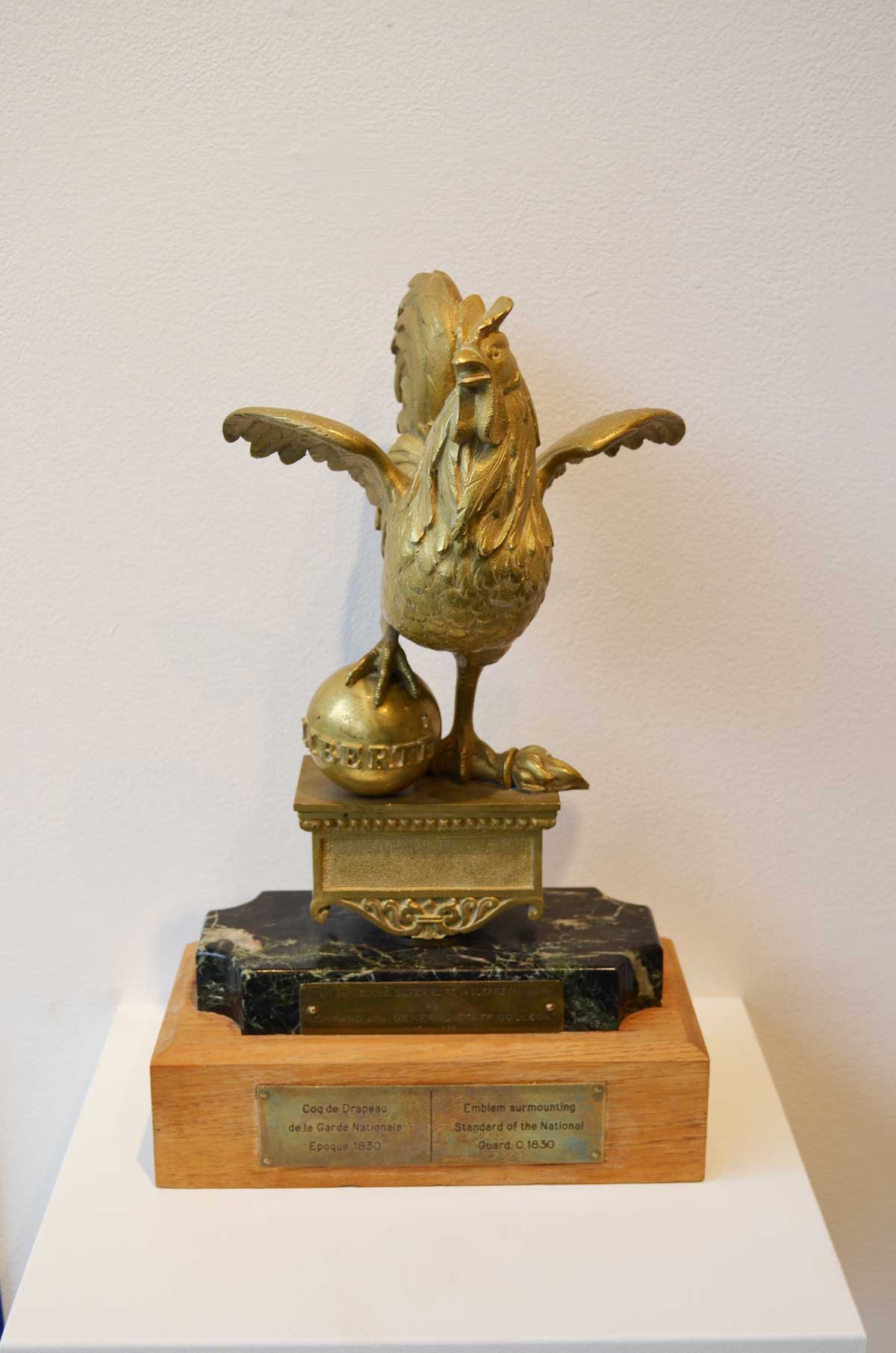