Warning: "continue" targeting switch is equivalent to "break". Did you mean to use "continue 2"? in /home/mw8zbgrh4phm/domains/theartofwarinitiative.org/html/wp-content/themes/jupiter/framework/includes/minify/src/Minifier.php on line 227
 Plaque Of Bahrain - The Art of War Initiative
0

laques are often given as a token of commemoration. The Plaque of Bahrain exemplifies part of the tradition in the CGSC Art and Gift Collection of gifting a commemorative plaque. The shield-shaped plaque is made of a plate of wood with gold and silver toned metal accents. It bears a relief of text and image.

The metal sculptural relief in the central upper portion of the plaque depicts a golden crown atop a silver colored crest bordered on either side by laurel. Beneath this is a golden banner with Arabic text. Additionally, there are two small silver banners in the lower portion with the lowest banner reading, “Presented to the United States Army Command and General Staff College by the Commander, Bahrain Defense Force, Year 1971-1972.” 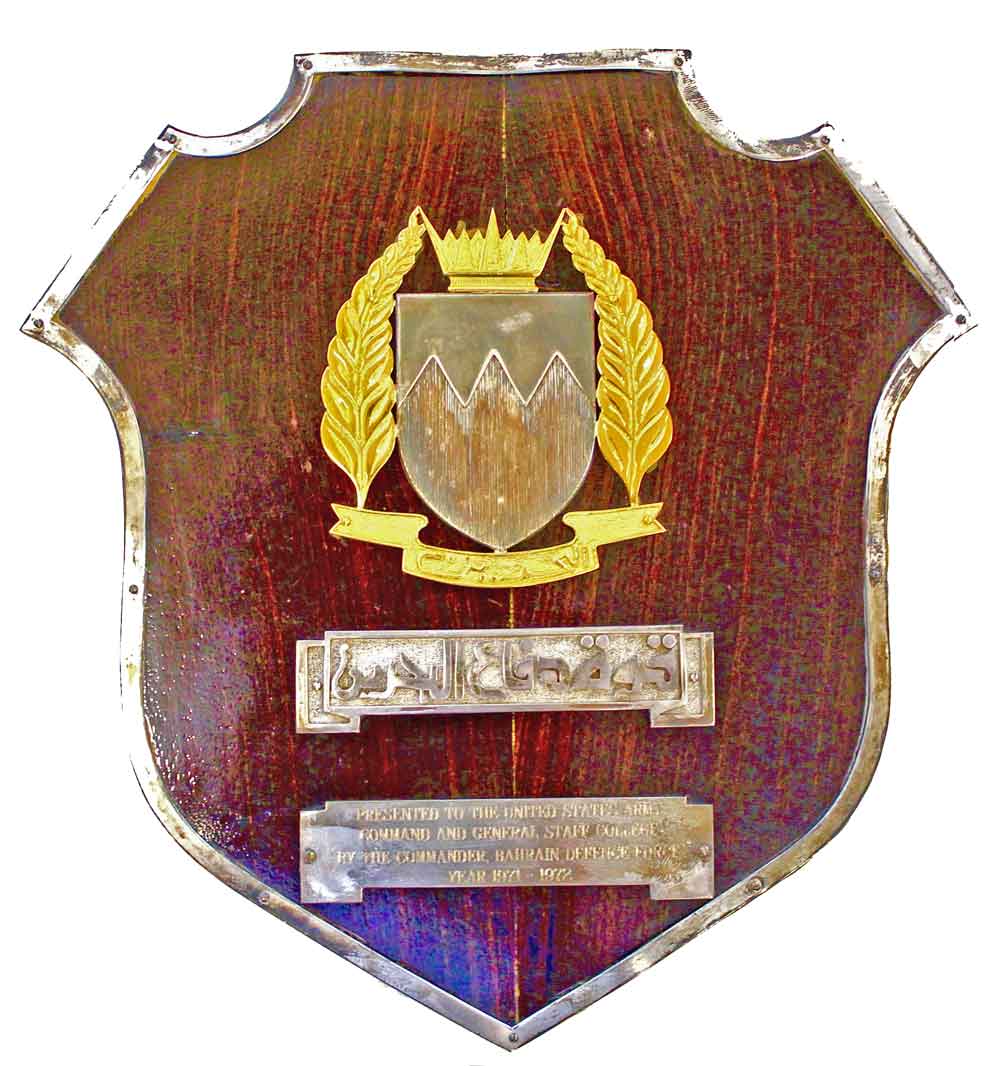