s part of the gift giving tradition, officers from the CGSOC graduating class present the school with a gift decided upon by a class committee. Many classes choose to commission an original oil painting in the history painting tradition. Don Stivers painted this work in addition to five stylistically similar oil paintings commissioned as gifts by the class officers.

Guarding the New Frontier depicts soldiers forging westward through wintery conditions to protect the borders from potential threat of a growing nation. Soldiers sacrificed the comforts of the east and summoned courage daily to do the simplest tasks of soldiering against the fierce Native American warriors. The men of the post- Civil War Army watched over America’s newest frontiers. Cool blues and icy whites are given reprieve by the warm sun rising in the distance. Stivers’ positions the cavalry in the foreground for the viewer to imagine their procession across the river toward the mountain range 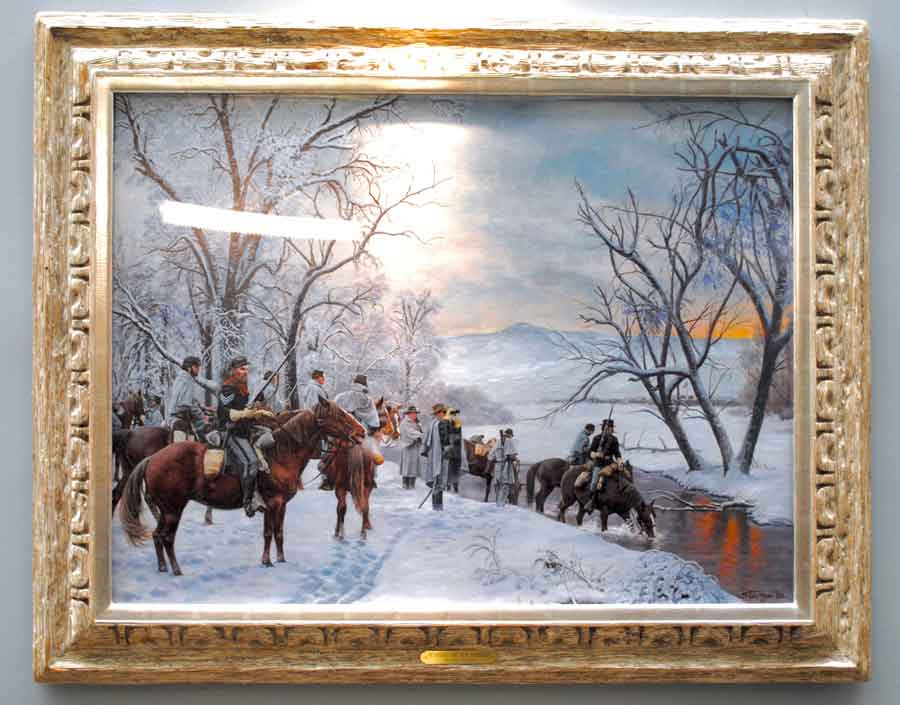