Warning: "continue" targeting switch is equivalent to "break". Did you mean to use "continue 2"? in /nfs/c02/h02/mnt/26558/domains/theartofwarinitiative.org/html/wp-content/themes/jupiter/framework/includes/minify/src/Minifier.php on line 227
 Peruvian Silver Platter - The Art of War Initiative
0

his worked in silver circular platter, a gift from Colonel Jorge Sarmiento, Military Attache, Peruvian Embassy and Commander Enrique Ciriani, Assistant Attache on behalf of the Official School of Aeronautics of Peru, Las Palmas was presented to the CGSC May 1, 1945. Aztec patterning and stones run along the outer rim of the silver platter. The central crest, a head of armor, stars and wings of a plane represent the official crest of the Peruvian Air School. Embossed along three sides of the crest in Spanish reads “Up Always Up”, a motto of the Peruvian Air School.

Crafted from Peruvian silver, platters such as this are held in high regard among the people of Peru, as it is seen as both a valued resource and a reflection of their rich tradition of silver craftsmanship. From the sixteenth and into the nineteenth century, known as Colonial Peru, many renowned artisans were brought in from Spain, Italy and France during this time, introducing many European styles and forms into their artwork. Through time this synthesis of New and Old World styles became integrated, this silver platter a perfect example of colonial revival. 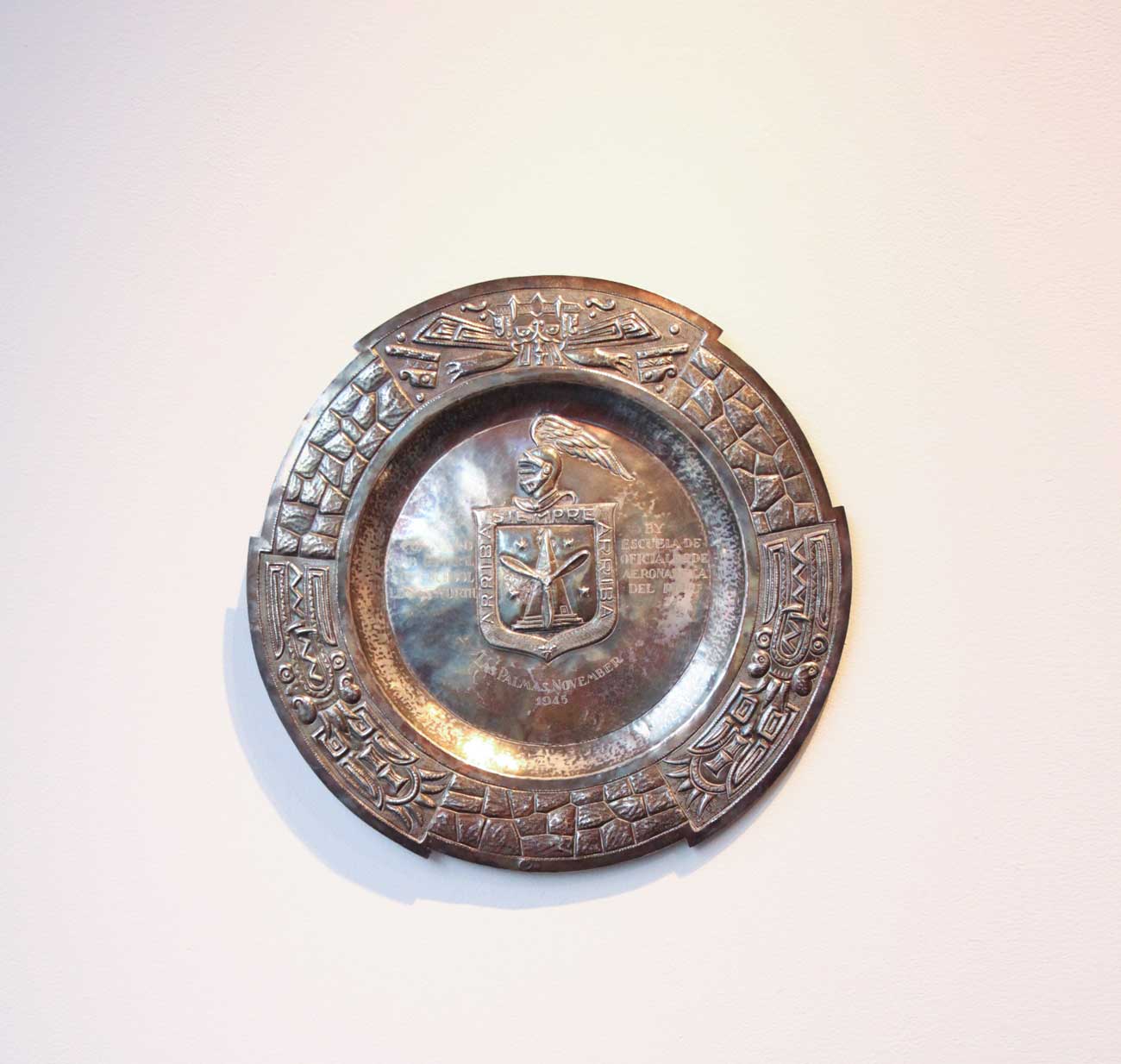