he cutlery set displayed here is adorned by a label that reads, “ESTADO • MAIOR • DO • EXÉRCITO” and translates from Portuguese to “STATE • MAJOR • OF • ARMY.”  A note card that accompanied the gift claims that the cutlery set was presented by  Délio de Assis Monteiro. De Assis Monteiro served as the 25th Major General and acting Commander overseeing the Military Academy of Black Agulhas to Brig. Gen. Joseph R. Inge, the acting Deputy Commandant of the USACGSC, on Halloween in 1996.

The box is created from a natural wood and is held together with metal hinges. The box houses a set of handmade cutlery that includes: a knife, a corkscrew, meat fork, and sharpening steel. Both the knife blade and the box lid feature the coat of arms of the Military Academy of Black Agulhas. The knife blade also features a beautiful engraving of the low-lying mountains, a design reflective of the Brazilian landscape. 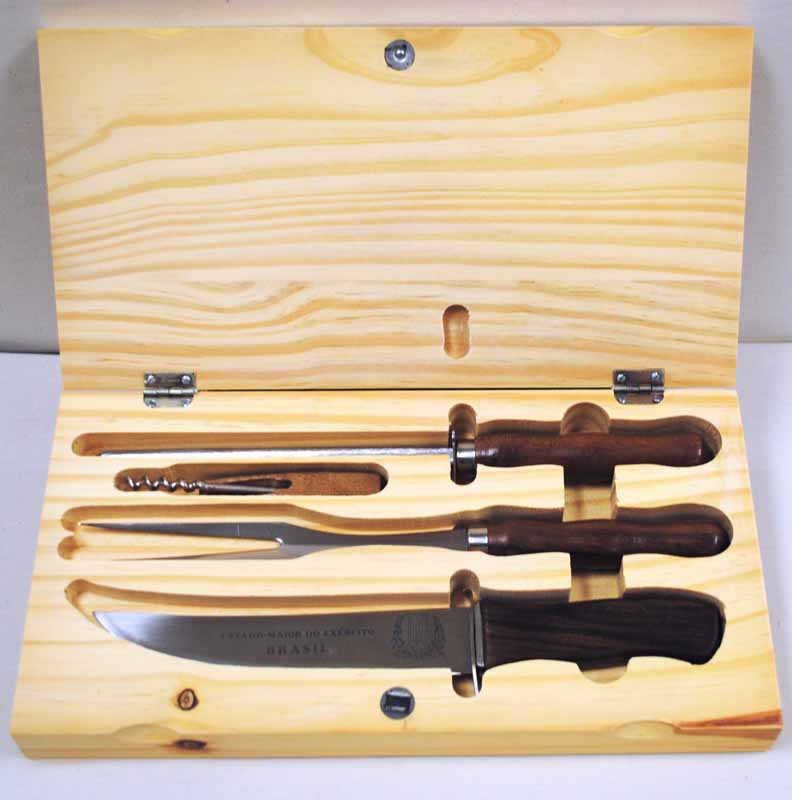 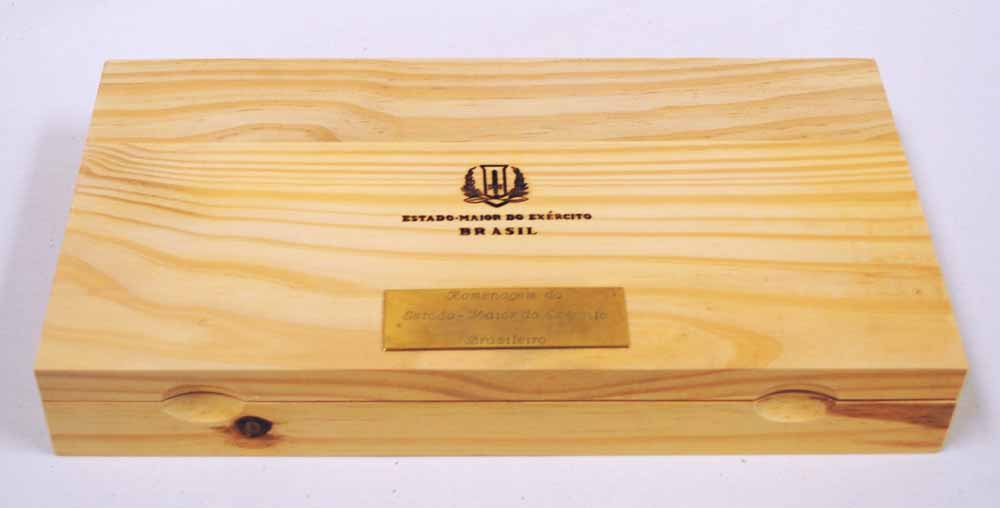