his painting is an example of a tradition that began among the graduating classes of the Command and General Staff College to present the College with a commissioned painting from the class upon graduation. Each class selects a committee that decides upon a theme that holds meaning to the class as a whole. The paintings are then produced as prints to allow each member of the class an opportunity to share in the commissioned work.

Call to Colors was a response of the 2002 class to the tragic events of 9/11. In the wake of the series of four terrorist attacks by the Islamic terrorist group al-Qaeda, the class wanted to acknowledge the response from the American armed forces that came together to defend our country. To depict the united fight against terrorism, the class chose to include law enforcement, firemen, and emergency responders alongside the military personnel. The impactful subject matter is enhanced by the masterful technique of artist James Dietz. In response to this particular painting, Dietz asserted, “I had been proud of that painting and print ever since [the day it was produced].” 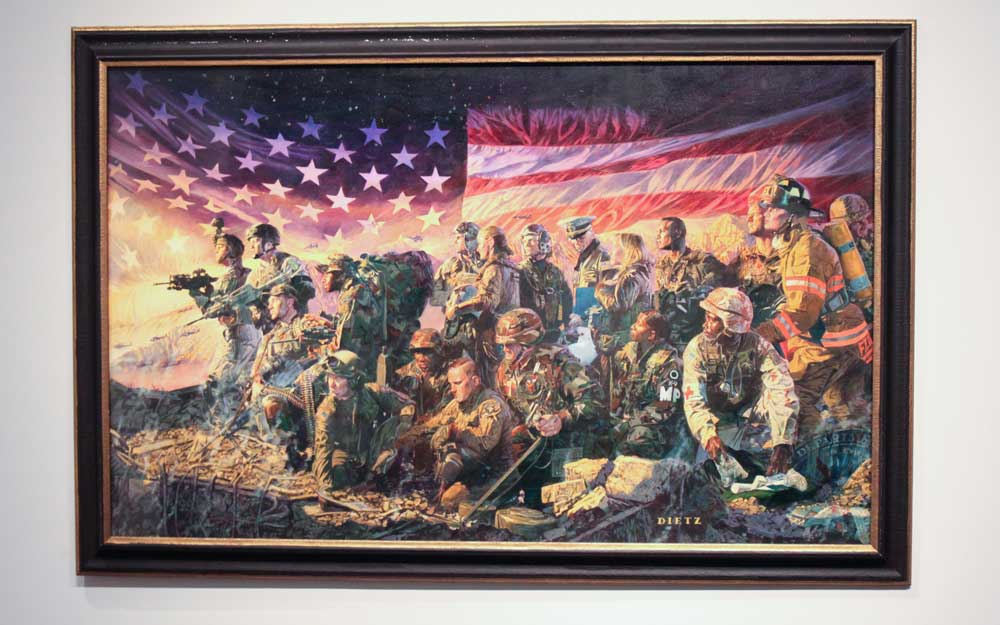