Warning: "continue" targeting switch is equivalent to "break". Did you mean to use "continue 2"? in /nfs/c02/h02/mnt/26558/domains/theartofwarinitiative.org/html/wp-content/themes/jupiter/framework/includes/minify/src/Minifier.php on line 227
 Special Forces Soldier on Horseback - The Art of War Initiative
0

The Kentucky-based artist, Douwe Blumberg, created the statuette displayed here. Blumberg’s style is characteristic of Classical sculpture encouraging movement of form balanced by reflection of subject matter. The soldier on horseback is represented in full motion and poised for looking into the distance. The horse looks in the same direction as its master, rearing slightly as it crosses the rocky terrain. The statuette reveals an elegance matched with steadfastness.

Landon Rowland was a valued member of the Kansas City area. Being a friend to the College as well as to the arts. He was one of the founding trustees of the CGSC Foundation. 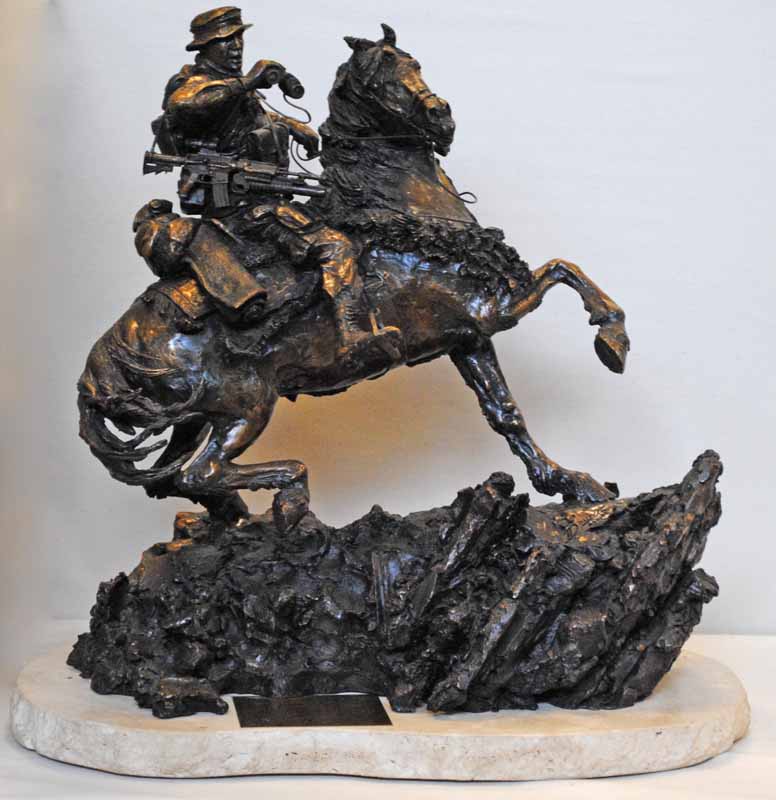