he weapon on display is native to the Maori, an indigenous people, of New Zealand. The short clubs, or kotaite, are typically made of wood or whalebone. Roughly translatable as, “to cut or divide the liver,” kotiate are easily identifiable as their silhouette closely resembles the lobed part of the human liver. What is interesting about this particular kotiate is that it bears engravings all across its surface, closely resembling a face. The addition of two paua featuring the eyes as well as one on the hilt is mentionable. To this day, paua shells are treasured and included in art by the Maori people because they are a precious resource.

The kotaite displayed here was gifted during the looming globalization of culture. According to Polynesian history, the Maori Renaissance which revitalized the indigenous culture began no less than a decade after Maj. Cecil C. Jordan donated this kotiate to CGSC. 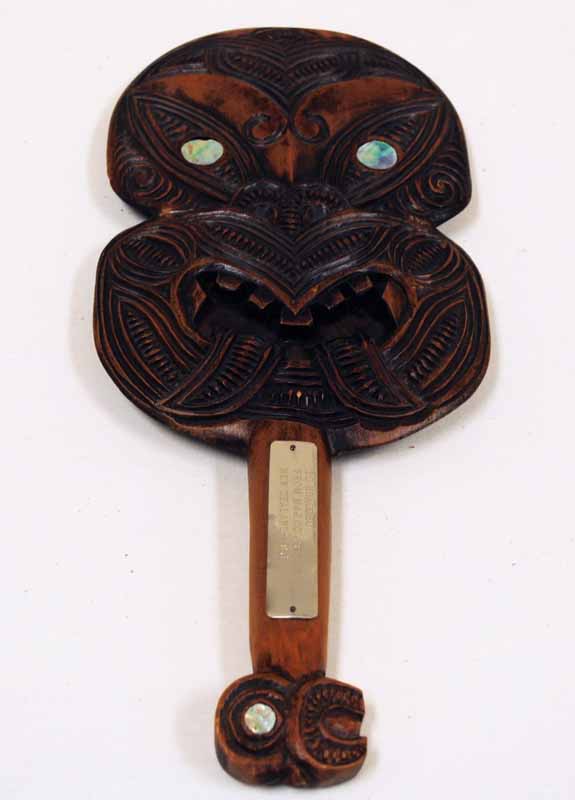