ith a bright silver blade and wooden handle, this silver bayonet was considered the standard arm of the American soldier during the American Revolution. Though bayonets have been weapons of choice as early as the 17th Century, they were extensively used throughout much of World War II.  While their design, shape and application has evolved over time, overall, the bayonet has maintained the same basic structure since its first inception. A revered weapon in the U.S. military, this silver bayonet serves as a representation of our rich military history and tradition in warfare.

This particular bayonet given to the college by Lieutenant General Dennis P McAuliffe had a connection to CGSC prior to its accession as a gift. Originally, the bayonet was given to Lieutenant General McAuliffe by General Abraham Varon Valencia. At the time, General Valencia was Columbia’s Minister of Defense during a period of great civil unrest in the nation’s history. General Valencia was a graduating member of the 1958-1959 class and is an example of the immediate real world impacts those who attend the U.S. Army Command and General Staff College have on the world’s historical narrative. 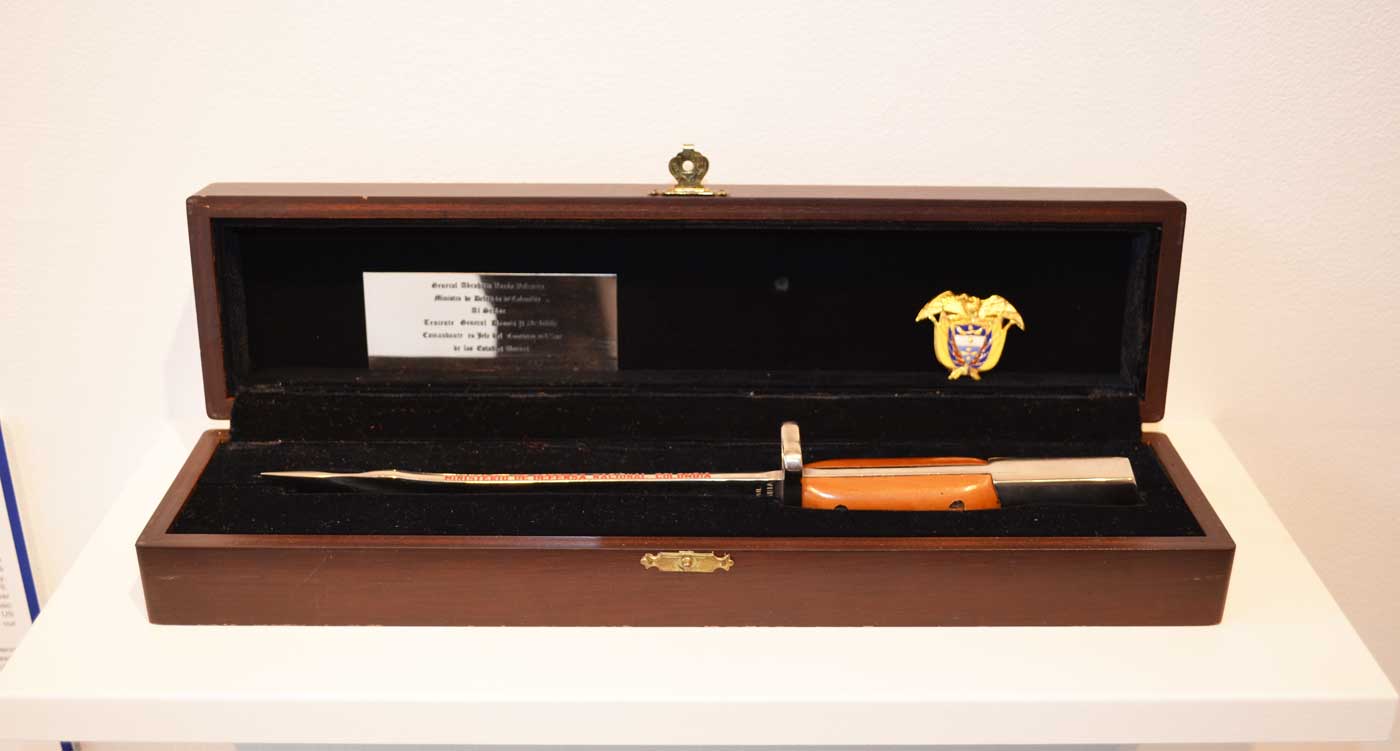