ewter is a metal that has been used to create household items and other objects since Roman antiquity. Pewter is an alloy comprised primarily of tin that is often blended with small amount of other metals such as copper or lead to strengthen the material. During the fifth century pewter was a rarely used material, but resurfaced during the twelfth-century. Cistercian monks have been credited for reintroducing pewter as a viable material producing objects such as chalices, patens, and spoons. Pewter objects today are still only crafted by hand.

The pewter chalice on display was gifted in 1986 from Greece as a gift of peace. The chalice stands six and half inches high with a bowl width of five and a half inches. Small monstri in the form of animal heads adorn either side of the bowl’s lip. A recognizable motif, the meander pattern (representing infinity and unity) , decorates the bowl’s exterior while the base is embellished with geometric shapes. 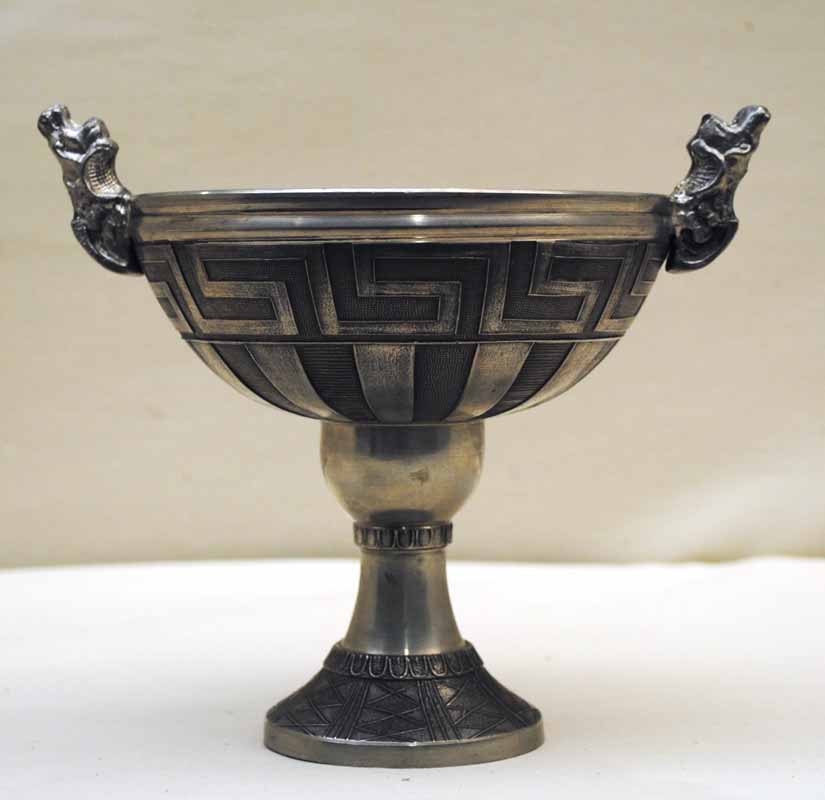