The Flint Hills Under the Harvest Moon

he Flint Hills refer to the stretch of fertile grassland along the Great Plains region that comprise a small portion of northeastern Oklahoma and much of central-eastern Kansas. Historically distinctive as an eco-region, the Flint Hills are known for dense, tallgrass prairies that have proven useful in the cultivation of livestock for multiple generations. The Flint Hills get their name from the abundance of residual flint that has since eroded from the bedrock below its rolling hills.

The two paintings displayed here depict a group of fenced-in livestock grazing under a harvest moon, surrounded by the tall grassland and rolling hills. Etymologically-speaking, “harvest moon” typically refers to a full moon that occurs near the autumnal equinox, sometime between the end of summer and the start of autumn itself. Painted with acrylic on canvas, the impressions of the Flint Hills presented by Jim Tucker resemble late nineteenth-century Impressionist aesthetics with attention to light, less emphasis on detail, and multiple layers of paint built-up to create the image. An accompanying note card states that the pair of paintings were gifted to Brig. Gen. Sean B. MacFarland in 2011, a graduate of CGSC in Advanced Military Studies. 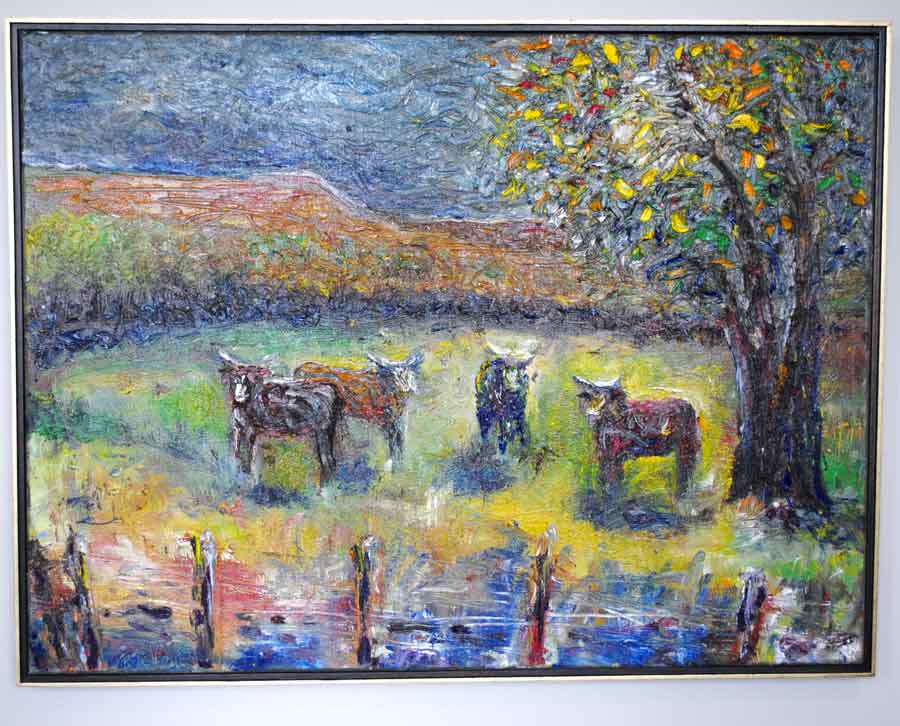 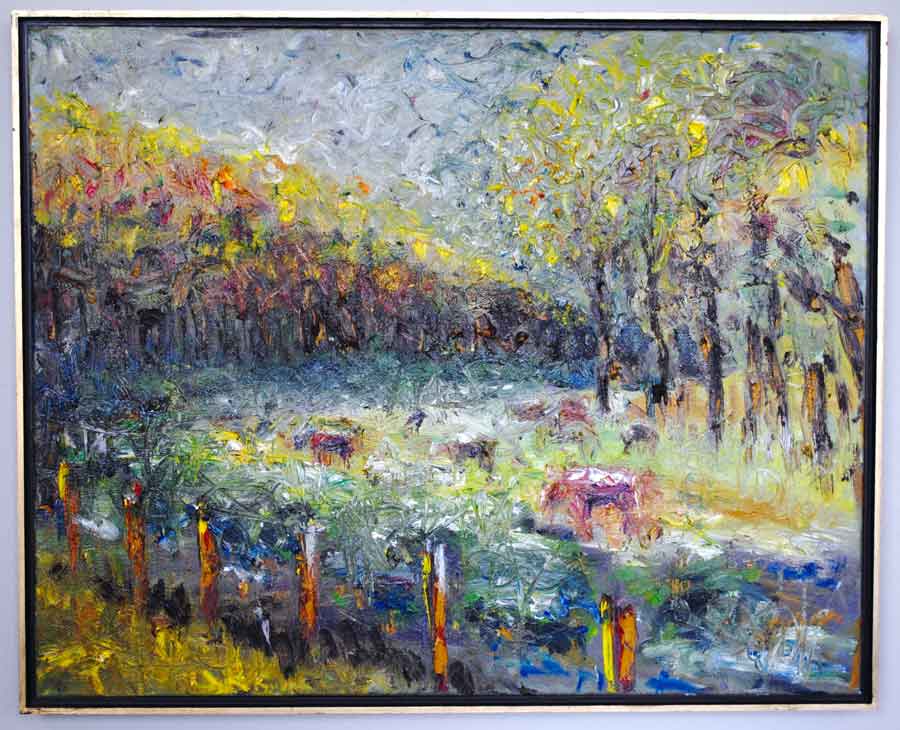